Alice Major received her honorary degree from the University of Alberta on November 20, 2019. Here is her convocation address:

“Thank you, Chancellor and all the members of the University Senate, for this huge honour. I am grateful to you, and to the dear family and friends who could be here today, especially my husband, David Berger, from whom I have learned so much.

I am also very grateful to be here on Treaty 6 territory, which unexpectedly became my home, as it has been for so many peoples over millennia.

Today seems so, well, improbable! Certainly not something I ever planned. In fact, I left university without much of a plan at all. It hadn’t been a good time in my life. (Clearly the Senate did not consider the transcript of my graduation marks when coming to this decision.) I emerged with a very undistinguished English degree and no clear idea of what to do with my life. So I became a bank teller.

I did have a vague dream of being ‘a writer’ and there had been a single creative-writing course offered in my final year that I desperately wanted to take. But when I went to the first session, the professor scared me so much that I ran away and took Psych 100 instead.

This may sound as though I feel university failed me. But no! I am actually very grateful for English courses in thousand-year-old poetry, and especially for that psychology course. It became the starting point for a great interest in the human brain: how we perceive information about the world, how we process it, how we think and feel at the same time.

In fact I have always been interested in science-y stuff, but I was going to university half a century ago, a time when arts and science were considered separate kingdoms. In my English department, the stereotype of the sciences was that they were cold, reductive, mechanistic. The engineers in the next building just thought we were flakes.

But what Psychology 100 gave me was the glimmer of an idea that has come to inform my whole life: that both activities come from the same human brains, and the same human urges to observe and explore, to understand, to create and build, and above all to care.

I won’t go on any more about how I ended up in this totally improbable cap and gown. Instead, I’ll share a poem, one of the first I wrote when I improbably became this city’s first poet laureate. The physics students here today will recognize the concept of “superposition of states.” I hope the sports and rec people like the metaphor. And our former mayor, who began the poet laureate program, may recognize it.

Climbing dim stairs
at midnight, when spring has struggled back
like the shifting fortunes
of a playoff series and the may tree is shaking out
its tasselled blossoms,
while the full moon skims down the sky,
a white puck.

A mile or two away, on the frozen-cloud surface
of the real arena,
a winter sport is superimposed on spring.
Third period
of overtime, and young men battle back and forth,
trying to collapse
wave on wave of possibility to a point
of dense rubber
observed at last in one net or another.

But I am going off to bed,
leaving fortune
in a superposition of states. Not realizing
I’ll awake
to a radio announcer’s words – We won – and find
that gladness scores
an absurd and unexpected slapshot.

It’s not specific consequences of a victory
that really matter –
not the celebrating crowds that surge from bars,
a muddled wave machine
of jubilee and mob. Nor the poet who observes
within herself
a tremor of unfamiliar fandom and a poem.

It’s the mad fact
that we live every moment of our lives in overtime –
a condition
of entangled futures waiting to be observed.
May flowers
and blue lines, uproar and moonlight
overlapping
in the kind of world where anything
might happen.

We can’t plan or predict what will happen in our lives. However, that uncertainty is the greatest privilege the universe gives us. We live right at the boundary where the constraints of the past meet the openness of future. We live in the zone where we must learn new things—and we have to interpret and share those learnings. What do they mean for how we live our lives, for how we should act?

Life is a difficult edge to live on. We face huge challenges on this planet – you all know that. And there is no one net to shoot at, no magic slapshot that will score victory in the overlapping issues of climate crisis and social justice, economics and politics. This is a phase space with complex dimensions.

But that complexity is a good thing. Solutions will bubble up from many sources—including each of you. Whatever difficulties the world faces today, there will be an after. Resilience, inventiveness and empathy will get us through.

So today, I am grateful for one more thing– that you have your improbable futures ahead of you, and that the future will have each one of you.

Congratulations on this day. And thank you, all.” 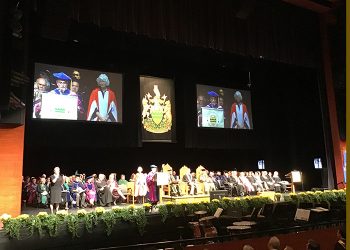 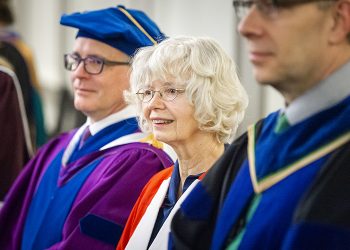 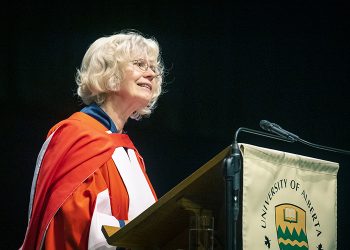 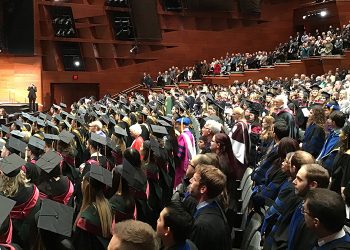 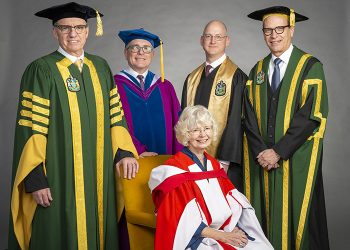 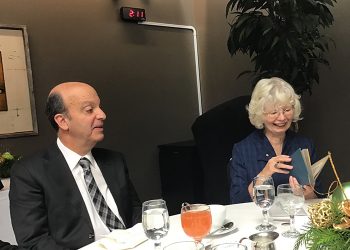 Check out our newest titles!